Where did you get the idea for Violins of Autumn?

My husband is a war buff, so we have quite a few military books. In one of those books, he came across a short but fascinating article about a British woman who moved to Canada after WWII, named Sonya Butt. In 1943, at the age of nineteen, she joined the Special Operations Executive (SOE)—a top-secret organization I’d never heard of before. Within months of joining SOE, this very young woman had trained as a spy, learned armed and unarmed combat, and parachuted into German-occupied France under the cover of night. My husband showed me the article and said, “This has to be the idea for your next book!” It didn’t take much convincing for me to realize I had to write a book about these young, daring women. When you consider the time period, it’s all the more incredible that they went through the exact same grueling physical training, psychological testing, and practice interrogations as the male recruits. The women of the SOE volunteered to drop behind enemy lines to aid the French Resistance, courier and transmit highly confidential military information to the Allies, sabotage rail-lines and communications, and spy on German activities—all while pretending to be ordinary French women! It’s astounding to me that they chose such a dangerous path.

Did you have to do a lot of research?

I get asked this question a lot. It’s a valid question, but every time I get asked (and thereby hear the word, “research”) a little part of me withers and dies. Lol

I didn’t fully comprehend how much research it would take to write Violins of Autumn. If I’d known, I might not have written it at all! From the beginning to the final copyediting stages, I never stopped researching. I started out with very broad research—learning about the SOE, and events of WWII, and daily life in France and Britain. And then throughout the years of revision I was able to zero in on more specific details to research. Research always seems to lead to more research!

C’mon… armed, gadget-wielding women parachuted into Nazi-Occupied France to spy for the Allies and courier top-secret information in the 1940s? Really?

About forty female agents worked for SOE, after completing the same training as the male recruits. Every one of the female agents I researched showed formidable capabilities and courage behind enemy lines. Yes their stories are remarkable, to say the least, but they are not fictional. So, I admit, I bristle whenever someone calls out the believability of the novel or questions the credibility of Adele’s strength and courage in the face of interrogation. It’s an insult to the real young women Adele is based on. Women like Odette Sansom, who was arrested after being betrayed by a double agent. During her years in French prison and a German concentration camp, she was beaten, burned, had her nails pulled out, and she endured long stretches of solitary confinement in complete darkness. Despite that, she never once cracked or gave up her fellow agents. When the concentration camp was about to be liberated, a German commandant tried to use her as a bargaining chip. However, she forced him to hand over his weapon to her and surrender to the Allies!

For more information about women of the SOE, you can read…

Do you love the cover for Violins of Autumn? And did you get a say in the cover design?

I do love the cover! I think it’s very pretty and accurately portrays Adele. In my mind, that’s exactly how Adele looks—esp. her eyes.

Typically, authors don’t get to change or veto the covers their publishers have chosen. For the cover of Violins, I was shown a few options at the beginning of the process, and I must say, I liked or loved all of them.

Will there be a sequel to Violins of Autumn?

I’m glad to know there’s interest out there—readers who want a sequel seem particularly keen on finding out what happens next to two of the book’s characters—but sorry… Violins of Autumn is a standalone novel and there won’t be a sequel.

If you could go back, are there any things you would change in the book?

I’m not sure. Authors are constantly learning and growing as writers. There’s room for improvement in every book, but I’m not sure if it’s a good idea to dwell on that fact after publication. Once a novel is done and out in the world, it’s done. There’s something freeing about writing the best book you can at the time, letting it go, and passing on the lessons learned in hindsight to the next book.

Who is your favorite character in the book?

This is such a tough question! I love characters for different reasons. Denise's sense of humor, Adele's loyalty and strength, Robbie's sweetness, Pierre's desire to protect his family... It's impossible for me to narrow it down to one favorite character. 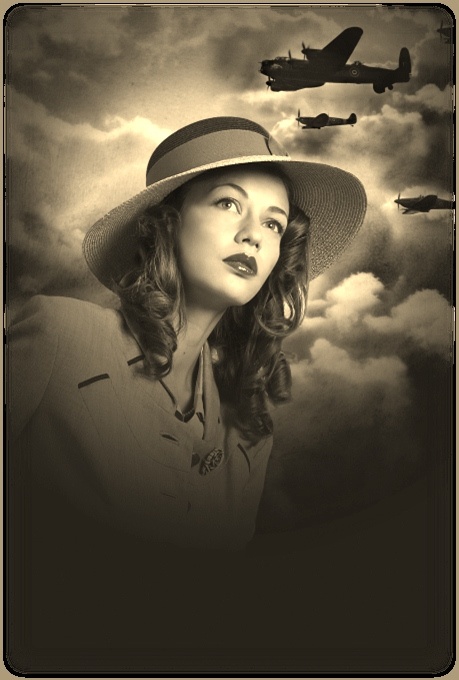